I enjoy the time we get to spend together and the long talks we get to have about our relationship and where we see it heading. It's nice to know that we're both reading the same book and seem to be on the same page.

We really don't get to spend as much time together as we would like but I know our daily phone calls make up for the distance. I also know that when we do get to see each other we make the most of our time and make sure to do lots of random things.

Geocaching being one of them and me being scared to death by these 2 crazy dogs barking there heads off while we searched in the bushes for our cache.

Or trying to feed these random horses and all I can think is 'Please horse, please don't bite me' lol. Or watching as one horse tried to 'pick a fight' with the horse I was trying to feed.

I do love our time together and I'm glad that even though we don't get to see each other a lot that when we do it's not all about sexes. I'm grateful to have him in my life and I'm def looking forward to his visit in May.
Posted by Teesh at 10:40:00 No comments:

I've always either classed our relationship as friends, friends with benefits or most recently weird and complicated.

While it is complicated and weird, to me it's not, well not in the sense where I'm always having to say I'm in a officially weird relationship.

We both know that there will be people who will find it weird and not right but when we look and think about our relationship we shouldn't have to say that we are in an officially weird relationship. Weird or not it's a relationship.

Eventually I'm sure it will progress and whatever happens happens, but for now we will take each day as it comes and enjoy being in a relationship together.
Posted by Teesh at 14:37:00 No comments:

Every time I try and sort through our things I always find it difficult. It's hard to have to sit and wade through letters, photos, wedding cards, anniversary presents and gifts we gave each other or received from other people.

I've tried so many times to go through the box but there are just too many memories and it's hard not to go through it without feeling all emotional and sad.

We had some really good times and looking in you were the person who could've given me everything that I wanted, but at the same time I wasn't happy, we both weren't happy.

It's hard to just forget or try to get over someone who you were with for 7 years but I'm trying to deal with the motions of it all. I'm trying to grieve the relationship, which as Dolly says isn't a bad thing.

I hope one day that if and when our paths cross again that we can smile and be happy for each other wherever we are in our lives. We used to be best friends and I'm sorry that we're not anymore.

Just so you know, the time we did have together as hard as it was, there were more happy times for me then there were sad. It was a rough ride for us but we really were happy and we really did love each other, things just didn't end up the way that we had hoped and I'm sorry for that too.

I really do hope we can both move past this and just be happy for ourselves and for each other. You are a great guy and you deserve to be happy, we both do.

Sometimes I think I care too much or that I'm putting too much into our relationship. Sometimes I think I over think things or think too far ahead or worry about the what if's. I am grateful though that when there are times I feel like that or feel like I need to talk I know I can go to him.

Even though there are times I wonder what or how things will work out all I know is that I'm happy and excited for our future together. Whatever happens I know we will enjoy going on this journey together and even if it's not an ideal situation for some it's something we want.

I'll admit I never thought this would be how I wanted to live my life but can you really help who you have feelings for or with whom you fall in love?

It's going to be interesting but I know we're both wiling to put as much of ourselves into our relationship as we can and just take each day as it comes.

We have a few plans but only time will tell when and how these will be put into action.

It's definitely going to be an interesting next few months and I really am looking forward to it. :)

Infidelity ended my six year marriage. I married young and came with unacknowledged baggage. Along with the infidelity came excommunication from my church.

Fast forward a few months and that brings us to today.

So much has happened this part week that it's hard to know where to start.

Before I went to Christchurch I was unsure how I felt about him and our relationship. I knew I had feelings but I also had so many unanswered questions that were in someway keeping be back from being able to pursue anything further with him.

On the flight down I made a mental list of the questions I felt I needed to ask and I hoped that his answers would help me to have a better understanding of our relationship and in what direction it would head in. When we would have the chance to talk I wasn't sure, but I knew by the end of this trip I would leave as his friend or his lover.

I arrived late Friday afternoon and made my way to his home. It was a long ride but it gave me time to think about us and where I wanted our relationship to head.

I let myself in and waited for him to come home from work, little did I know he had just beat me home and managed to sneak up on me and gave me a fright.

We enjoyed our time together and took a walk to get some Thai food for dinner, which was totally yummo.

We spent the evening in talking, laughing, eating and watching random things on YouTube.

Without going into too much detail as I've mentioned previously our relationship is a bit of a complicated one and what makes it complicated is that he's in an open relationship. He and his wife have decided that they want to be in an open relationship where by allowing them too see other people. Not so much in a casual sense but more so in a wanting to be able to explore the possibilities of being able to have romantic feelings for someone else. The term being Polyamory where a person can have romantic/loving feelings for more than one person at a time.

So on the flight down when I made a note of the questions, there were times when I wondered to myself if I was asking these question because I didn't trust him. I wondered if he would feel like I was trying to control his life and our relationship. Was it all going to be worth it for him to pursue something with me knowing I wanted answers to maybe sometimes difficult questions.

Saturday we spent most of the day having a D&M. I remembered my list of questions that I wanted to ask and away we went.

I asked about us and how he felt about our relationship. How he spends his time when not talking or seeing me. Who he talks too online. Who he emails and how his existing relationship was going.

As we sat and D&M'd I felt that sense of relief as he answered honestly about his relationship, about us and where he had hoped it would go. I explained to him the things that I felt like I wanted from our relationship and what it would entail.

We talked a lot more in depth about the specifics of things and how it would all work out. As it has been over these past 9 months we've been flying back and forth to see each other and staying in hotels. Which don't get me wrong is nice but we need something more if this is going to work.

We have an idea in mind of how things will go but we're not 100% sure how it's all going to work out but we do know that we love each other and are wanting to be in a complicated sort of not so normal relationship.

It's been an interesting week trying to push past a few hurdles and growing stronger together as a 'couple' while we work through them. I'm looking forward to seeing what the future holds for us and as hard as it will be for some people to wrap their minds around, for now this is what we want.

March 2012: The start of my complicated sort of not so normal relationship.
Posted by Teesh at 00:47:00 No comments:

Thank you for being the best friend to me that you have these past few years. I love you loser-roo. Happy Birthday!!! 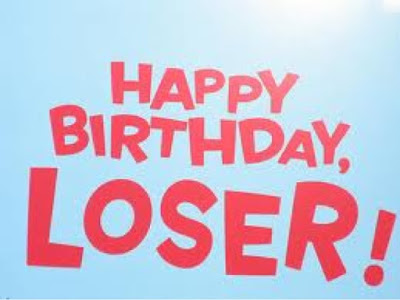 I'm so grateful to have people in my life who I can confide and talk too. The people who will stop what they're doing to listen to me and be my person. To listen even when majority of the time I don't make sense lol.

Love my friends and am so grateful to have them all in my life.

I feel a lot better having talked to him as well and he always knows what to say to make me feel better. :)

Sometimes I think I do things without even thinking through the situation properly.

Did I do it because I didn't trust him?, because I do, with my life. Why did I feel I had to look for answers else where.

I feel like I'm going insane wondering what to expect and trying to decipher what is going on in my head and my heart.

If only life was so simple and easy but then what kind of a challenge would that be.
Posted by Teesh at 16:06:00 No comments: