The kids hanging out after school in front of the heater while watching some random art thing on TV. Oh the joys of being a kid again. 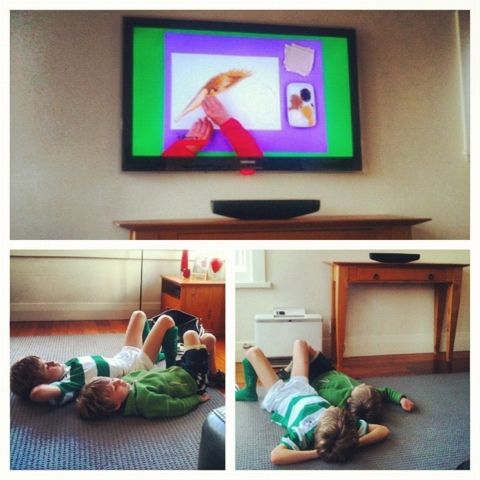 I remember it like it was yesterday some days. It was labour weekend of 2003. I had just come out of a relationship when I met you.

It was very much a courting process for us. We spent the next few months talking online and going on dates before we made it 'official' in February the following year.

We had our issues as most couples do and you were the person who was there through the whole court process. I always thought that going through that meant we'd be able to get through anything.

We spent the next 3 months planning what was meant to be our forever after. Back and forth we were with jewelers, dress makers, invitation people, photographers. It was all we did in our free time. It wasn't a stressful process for us but we were looking forward to spending eternity together.

July 30th 2005 and our day was finally here. I was an hour late and I remember you always giving me grief for that. I made up for it by saying it was tradition that the bride was late :)

It was such an awesome day and I was the happiest person in the entire world. I was looking forward to spending the rest of eternity with you and being your wife.

Unfortunately things changed. I know that I'm partly to blame for everything that happened in our relationship. I know I pushed you away and made it hard for you to trust me. We really did try but I think there was a part of me that just wasn't sure. I didn't know anything else before you. You were my life. I was selfish at times and didn't want it to end because what would I do without you?

I don't know how many times I can say I'm sorry for everything that happened in our marriage. For all the hurt and pain that I caused you. The endless amounts of councilling that you had to endure. The late night fighting sessions. I know you didn't deserve any of it.

As we approach what would've been 7 years of marriage I just hope that in these last 10 months of separation that you've managed to at least some what heal and sort out your life. You really do deserve to be happy and as hard as it will be tomorrow for both of us I am thinking about you and hope you're ok.

Nothing I can say will take back anything that has ever happened but we can only learn from our mistakes and move on. Sometimes the memories will stay but eventually it'll fade along with the pain.

I'm sorry that we have to spend what was meant to be a day of celebration alone and not together like it should have been.

Some of the crazyness and Yummo food that was at Rayas birthday. Happy 21st.

Martin visited on the weekend and we spent a night up north with my Nan which was nice. We did the tourist thing of course and what should've taken us 3 hours to get there took us 5 instead.

We had fun stopping in at Eutopia Cafe for some yummo organic vegetarian food, trying fried broad beans, trying a weird feijoa wine - Nan liked that, me not so much. We had fun in those 24 hours we were up north and did a lot of things well Martin mostly helping Nan with all of her random excel needs lol.

As you do we also stopped in and took photos of the world famous Kawakawa toilets. We were totally tourists as we made our way up North.

We told my Papa when we went up again we'd take him to do the winery tours. Well I will drive them lol. He was happy about that. All in all it was a great weekend and not too long till we go to Wellington. Yay!

Waiting for my therapist to arrive I decided to take a photo of the millions of books she has in her office. Not too bad of a photo since it was taken from an iPhone. Really need to invest in another point and shoot camera. 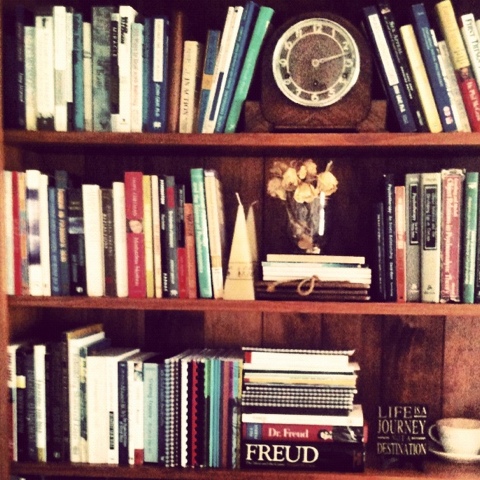