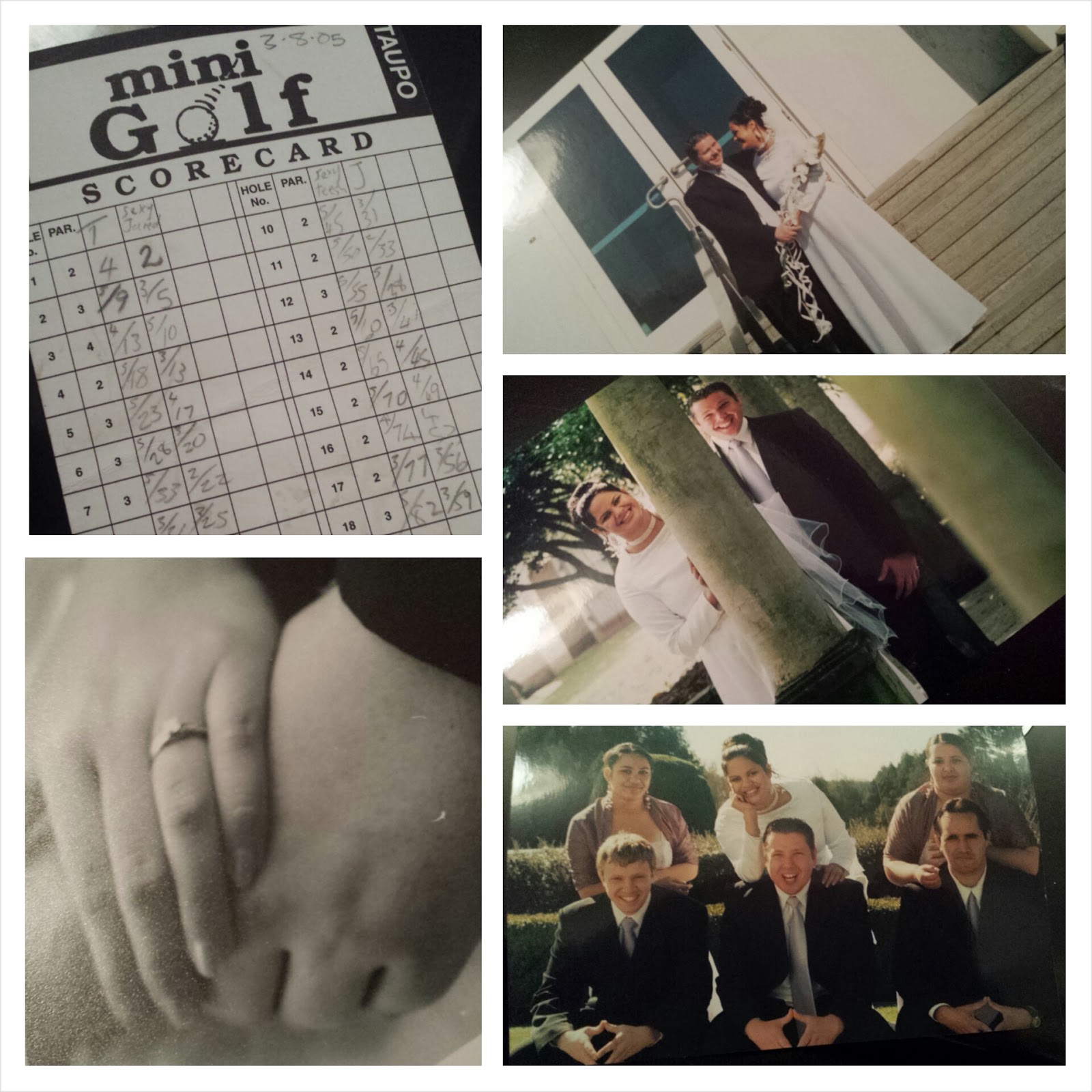 I had been contemplating most of the day about whether or not I wanted to use this as my 2005 RAPhotoADay challenge but why should I feel like I can't write or say how I feel about it all.

For those of you who don't know (though I'm sure you can tell from the photos lol) 2005 was the year J and I got engaged and married all within the space of 3 months. I remember how we met as if it were yesterday but I won't bore you with it.  Instead the long and short of it is met October 2003 became a couple 4 months later.  14 months later just after I turned 19 J had received residency got offered a job and we were engaged.  3 months later July of 2005 we were married.

I really thought it was the starting of our forever but as the years went on and as we continued to fight and I continued to hurt him it just felt like it was a losing battle.

Growing up a member of the church back then I thought that J and I needed to fight it out that we needed to make it work because it was the "right" thing to do.  I thought that we were meant to be forever. I kept hurting him and I guess perhaps we hurt each other.  I think for some parts of our marriage I was being selfish.  Back then I didn't know anything apart from J.  How do I let go of something and feel ok about not having him in my life when he was all I knew? I couldn't imagine my life without him but yet I still kept hurting him over and over.  He didn't deserve anything that happened to him and I'm sorry that it turned sour.

I tried hard to work on our marriage.  Sure I did stupid thing after stupid thing after stupid thing but back then.... I didn't know what to do.  I didn't know how else to get out of a marriage that I wasn't happy in.  But at the same time I didn't know how to get out of a marriage that I wanted to be in either. I was torn.  I wanted so much for our marriage to work but at the same time I wasn't happy and I made sure to sabotage it in the hopes J would leave.  I hate myself for doing that and I hated what it did to J but what else was I meant to do?  I felt like I didn't have anyone to talk to and my friends at the time they were all happy in love kids newly weds.  I wasn't going to open up and talk to them so I turned to strangers. I regret that part of it BUT I guess I felt it was the only thing I could do to feel like someone out there was actually listening.  *sigh* It makes me sad to think about how it all ended sometimes.

2005 for me was a mix of happy sad lonely and all kinds of emotions but it will always be the year that reminds me of a marriage that was meant to be the beginning of our forever and I'm sorry that it wasn't.
Posted by Teesh at 21:23:00