Mr. 10 has been playing soccer for as long as I've had him and probably a few years before then as well.  We just got done with the Summer season of Soccer and have now moved into the Winter season.

He's a great player and a fantastic goal keep.  No one really knows how the teams are picked but Mr. 10 wasn't picked for the development team so the coach of the team somehow managed to get Mr. 10 and another player into the team who are both really great players.

Today was our first practise before we get into the season which starts in a couple of weeks.  He did a great job of being goal and managed to get some tips from one of the Dads who took his name out to work with Mr. 10 on his goalie skills.

Looking forward to the season and seeing how the team comes together as one and how far they get in the season. 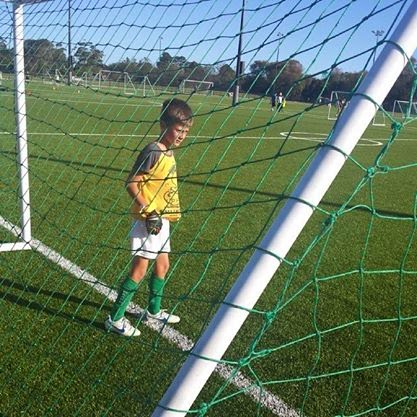