We've been low on water the last few days and had hoped for some reason.  Sadly what little rain we did get was only enough to feed the garden and nothing else.

Called for some water the other day and they said it would probably be a couple of days.  Luckily for us the guy came this morning.  I guess when you're use to living in the city and being connected to town supply you don't worry so much about running out of water.

I'm adjusting more to the rural far north though at times I am missing work and the hassle and bustle of Auckland traffic but at the same time I'm enjoying the slow paced life of rural living.

Nan has been doing a mix of knitting,  crochet and other crafts and is busy trying to make a hat though it's way too big.  Went to try it on Papa and I tried to get a sneaky photo in but Papa caught me and took the ring off before I could take the picture lol.  At least I got one of Nan. 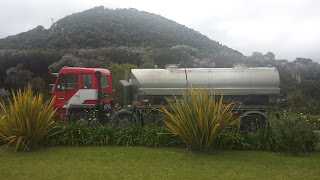 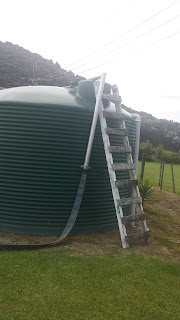 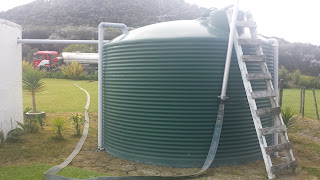 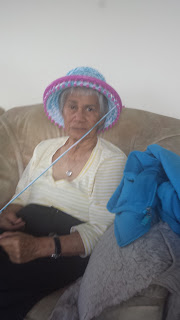