Today was another early start as the service at the Marae was at 10am.  We got there around.... 9am so early but nice to be there early.  It was a good but REALLLY long service.  3 hours including them blessing the house.  Uncle Tamatea (along with my Papa)  all belong to the Ratana religion.  The older minister who was at the cemetry at the end of the service asked where the house was and started to bless the house from the cemetry.  Papa wasn't impressed at all and told Chop chop the other minister who was there that they were all going to the house.  Silly really for the minister to think he can bless the house from the cemetry.  Other than that the service was nice.  Super hot day though and awesome that a lot of people turned up for it.  So glad we all got to say goodbye though.
Oh and I even managed to get a trachy/cemetery selfie haha. 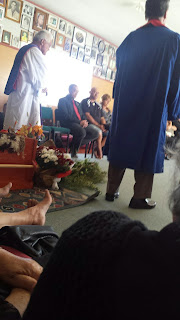 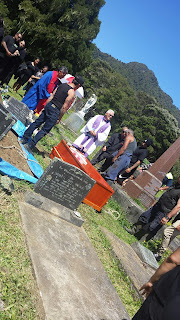 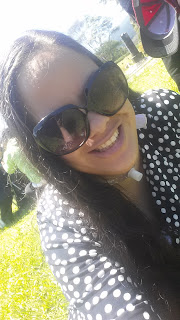