Soo Nan had a family meeting in Kaitaia today and since I am her driving we all came up for the day and Aunty Sharon and I went out fishing with Uncle Alfred.  It was such an amazingly beautiful day.  The sun was out and the sea was super blue.

If we planned ahead we should have grabbed us a couple of cold alcoholic beverages but instead we had cold fizzy water haha!  It was still an amazing day. I half caught a shark that ended up biting my line and I would have been super impressed with myself too but sadly it wasn't meant to be.  haha.  Poor Uncle Alfred though he was worried about me running out of breath trying to reel the shark in haha!  We did end up catching a few snapper though soo the fishing trip was still amazing, though now I have the fishing bug and told Aunty we need to go again ASAP!

I needed to wear sunblock though as I got pretty burnt but at least it'll brown up soo I won't look so pasty white anymore lol. 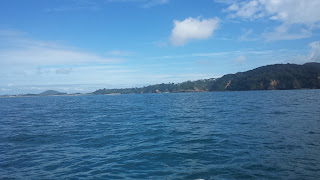 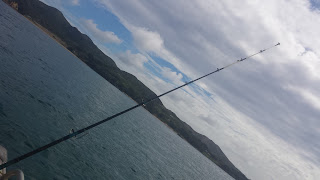 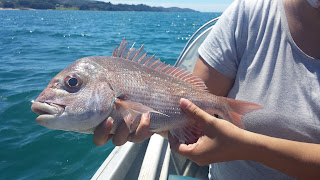 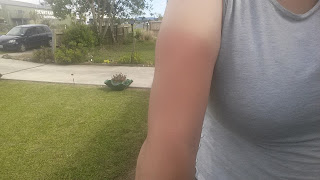