Those so called friends who are there all the time in the beginning and as life gets in the way or busy all of a sudden want nothing to do with you.  They may surprise you and send a random text or two but you're always going to wonder why now.  Why decide to reach out now.

Last night I heard from someone who I hadn't heard from in a little while.  More importantly from someone who went (and still continues to go) through phases of pushing me away.  Or messaging me every minute of every day for a few days then nothing.  Stupidly,  I'm a sucker for punishment and always end up being on the receiving end of an apology of why they decided they had to back off. Or those texts you get that make you think why couldn't he continue to be THIS guy the one who in the beginning made me laugh or made me feel good about where things were heading.  Or the guy who reached out when he needed actual advice rather than the guy who only reached out   because I was last choice.

I know I deserve better and to be honest I'll be a friend to this person but as far as something more... I don't know how I feel about it.  I don't trust him enough to feel that if we pursued more he wouldn't push me away.  Or he wouldn't go through phases of ignoring me.

I know he isn't the only one of my so called friends who only reaches out when they need something or when it's convenient as it's happened a lot.  The sad thing is,  I'm so use to it I just brush it off as if nothing has changed.  I don't hold my breath expecting to hear from them because I know they're not going to reach out.

I know I don't have many friends and I'm okay with that just sometimes you miss the friends who you wish you could have but don't.

I suppose the only person who you can really rely on is yourself.  I guess that's why they tell us to love ourselves first. 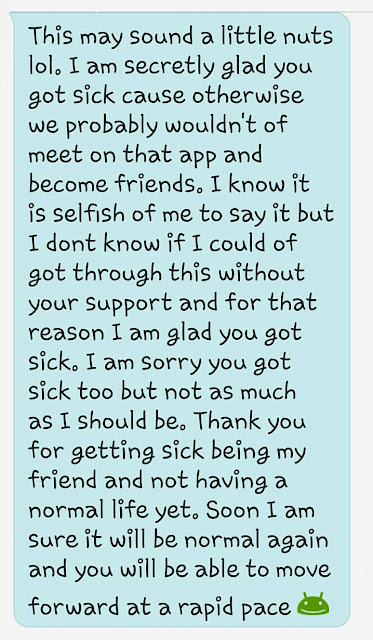