For the last couple of weeks I've been dealing with and helping friends who have been going through a rough time.  I spent 10 days in Wellington with Wade and even though it was nice to see him I don't think my being there made much of a difference.  I felt sad and sorry for him,  not in a I feel pity for him,  just a I care about him and it's sad seeing what he's going through. I don't personally no of anyone who is or has gone through depression but I can say without a doubt that Wade is in the thick of it all.  I won't go into the details of it and I totally get and understand why he is feeling the way he does but I kinda wish I could do more.

Even though we spent time together we only really did 2 things together out of the house.  The rest of it was spent doing pretty much nothing at home.  I can't say I understand depression because I honestly don't.  I've never had to go through it so from my own perspective (which isn't much) I only see the...  "Yes things are bad but there are a lot of other things we have in our lives to be grateful for". I wish I knew more about it and I wish there was a way I could help him and others who suffer from depression and or anxiety as I have read that they sometimes go hand in hand.

Last night while talking to another friend he out of the blue told me he has severe PTSD.  So much so that he pushes people away or that he hurts people (emotionally)  who want to help but end up leaving because they feel they can't pull him out of the hole that he feels he's in.  I know that as much as I want to help both of these friends there's only so much I can do.  I care about them both but I also need to think of myself too.  With being the wear my heart on my sleeve kind of person trying to separate my feelings isn't always easy.  I can sometimes feel like a sponge that soaks up all the emotions and feelings that the person is going through making my own mental health suffer and I know that's not good.  I will always be there for people who need my help and would never turn my back on them but at the same time I also need to make myself a priority.

It may sound mean but I don't want to drown with the two of them and then feel like I can't get out.  I will be a friend from a distance but I will also focus on myself while still trying to help and be a friend to them. I have my own things that I'm going through and if I want to help anyone I need to be strong enough to help myself first.

I just wish as naive as it's going to sound that there was no such thing as depression.  It really is a rough and hard thing to go through.  I see the struggle Wade and Ray go through and my heart hurts for them both.  I couldn't imagine having to deal with the motions of that which makes me feel lucky as well as at times a little guilty. 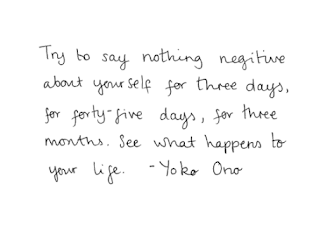