The one thing I've always loved about being here in Wellington (aside from it's Wellington) is that I don't have to worry about anyone or anything.  It gives me time to think, to clear my head and get away from everything that is "my life". With what's been going on with MJ and as selfish as it is, I needed to get away and come to somewhere that was my comfortable. I needed familiarity and to be able to do nothing if I wanted and Wellington was the best place for that. It's honestly been one of the best things I could have done for myself these last couple of months.

I'm not expecting anything from Wellington but I wanted to be able to come away from this trip feeling good about where I'm at in my life. That the choices I'm choosing to make are the right ones for me.  I needed to feel that I could take this time out from life and responsibilities and just focus on how I was feeling. That I could find the courage to get back into doing things that once reminded me of a person who meant so much to me. I needed this time. To spend a week doing absolutely nothing and not feel guilty for it.

It was the exact same thing with moving rooms. Before I flew out to Wellington I'd moved my things out of the back room and into the front room because I needed change. I needed some of that feng shui shit and I thought what better way to do it than to move to a new bedroom. I even got myself a free desk for studying at. My room and bed are super small BUT it's the little things that make all the difference right?

I really am feeling good. I moved rooms. I came away to Wellington and I nearly met up with someone for coffee. I'm feeling good about everything. I really do think that this trip helped me to just sit with my own thoughts and process them when I was ready and I think that's important. Wellington will always be my comfortable and that's okay.

School goes back in a few weeks and I feel like I'm ready to get back into it. I need proper routine and I need to start focusing more on myself which this trip really has helped me to do. I'm so glad I took this trip. Maybe it's one I need to take more often.

This time a month ago I was looking forward to spending the weekend with MJ, little did I know it was the weekend that would end it all. It still hurts and there are days where I wished things were different. Days where my heart hurts that I feel like it's breaking into a million pieces. I never expected to get so caught up as fast or as hard as I did.

I honestly thought we had more time. I thought that things were going to be different but as much as it hurts I'm glad that in some crazy way he "helped" me to figure out that I wanted my 2019 to be an amazing one. That I could start my 2019 on a better note rather than wait until it was "supposed" to end and then have a bad 2019 being all sad. So yes, in some stupid way I'm thankful to him for that.

What hurts the most though isn't that MJ and I aren't together it's that since it ended I've not seen a best friend of mine because in some way she reminds me of him. There's a part of me that feels like I "used" her for my own "personal gain" and then that makes me feel guilty. Then it hurts me because we're supposed to be best friends yet I'm over here trying to get over him and missing my friend at the same time. I know that I don't need to feel guilty or bad but I also know at the same time that I've been a terrible friend. She's not done anything wrong but be an awesome friend and I need to make time for her and take a girls trip to make new amazing awesome beach memories. Friends are important to me and if I want to be able to move past the whole MJ thing then spending time with the people I care about is what will help.

I really don't know what will happen in the future and yes there will be times where I miss him. Where I miss the views, the laughs, the dogs, our daily check ins, talks about the kids and the fun dates we'd go on but right now the only thing I can focus on is myself.

He's "robbed" me of a lot of the things that I use to do because they remind me of him and I can’t let him “control” me like that. I need to push through the hurt, the motions and try to make new memories because if I don't I'll never be able to move on with my life.

Small baby steps. I can do this. I have to do it, even if it's hard. 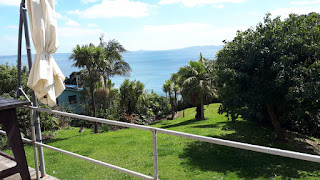 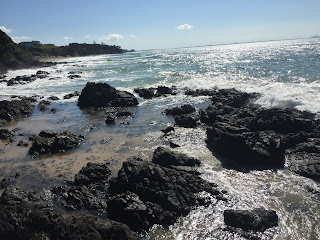 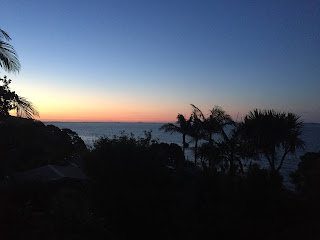